The path walked by civil society to obtain elucidation and reparation by the Police has been the systematic follow-up of investigation proceedings.

Rio – The ten deaths occurred at down in June 2013 in Maré, the largest complex of favelas (slums) in Rio de Janeiro,  could have been just another sad episode, among so many recorded in Rio de Janeiro violent routine, that don’t result in debate or consequence worthy of note.  The local population call for justice and its questioning of the police actions in that territory have provided a different development to the situation.

The Homicide Division investigation resulted in eight proceedings. One year after the deaths, the investigation seeks to elucidate what may have generated the actions and reactions of the Military Police, which – even while facing groups of armed civilians – could not have that pattern. Not without reason, the mobilization of the region residents and residents from different areas of the city, in a mixture of revolt and seek for justice, has been making of the deaths in Maré a theme for reflections on the actions of the police in Rio.

The path walked by civil society to obtain clearing up and reparation by the Police has been the systematic follow-up of investigation proceedings. To confer quality to the investigation, the participation of persons who witnessed the violence reported – not a trivial objective, given the historical intimidation context and the fear of slum residents with regard to relationship with police – must be ensured. This has been the big challenge for those who want to reach the persons responsible for the brutalities.

In this sense, indications that difficulties inherent to the context and to the investigation process may not lead to the elucidation of each death, how they occurred, and who caused them, are of concern. The perspective that, in ten homicides, eight can be characterized as resistance to arrest followed by death, a category in which the crime authorship fall on the victim itself, leaves us perplex and causes too much frustration.

An advance towards the opposite direction can be the approval of Act 4.471/2012, in progress in the National Assembly. Its approval may mean the end of the characterization of homicides occurred during confrontation with the police as ‘resistance to arrest followed by death’.  Hence it is expected that crimes committed by policemen will start to be rigorously elucidated, and incomprehensible and unacceptable facts like those occurred in Maré will not happen again, since public security professionals should be guided by the principle of protection and respect to life. 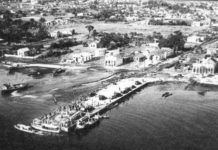 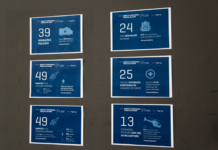 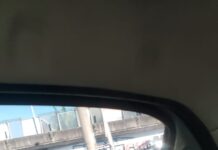 A dura realidade do Futebol